Volkswagen on Tuesday said it had sold 10.3m cars worldwide last year, a new record for the German auto giant, despite grappling with a massive emissions cheating scandal.

The VW group, which also includes the brands Audi, Porsche and Skoda, saw sales increase by 3.8% on the year, pushing it back over the magical 10m mark after slipping to 9.93m in 2015.

The results come as the company’s “dieselgate” crisis is back in the spotlight following the arrest this week of a VW executive in Miami who stands accused of helping to cover up the scandal. 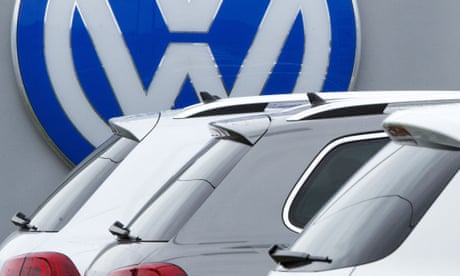 The scandal erupted in September 2015 when Volkswagen, under pressure from US authorities, admitted to installing software in 11m diesel cars worldwide that could cheat pollution tests.

The technology allowed the cars to pass the emissions tests but release up to 40 times the permitted amounts of nitrogen oxides during actual driving.

The scandal harmed Volkswagen’s reputation and sent its share price plunging, but customers appear to have largely shrugged off the controversy.

Volkswagen has responded to the crisis with a management shake-up and by shifting its focus to clean-energy vehicles, setting out to be the world’s leader in electric cars by 2025.

“2016 was a very challenging year for us. We made strides in resolving and overcoming the diesel crisis and at the same time initiated a fundamental change process,” chief executive Matthias Mueller said in a statement.

Group sales were driven by strong growth in China, where deliveries were up 12% . Europe saw growth of 4%.

In the United States, where customers have taken mass legal action to secure compensation from Volkswagen, sales were down 2.8% over the year.

In South America, sales plummeted by nearly a quarter.

Overall, VW’s flagship own-brand cars were the group’s most popular with sales up 2.8% to reach nearly 6m units in 2016.

Strong performances by Skoda as well as luxury brands Porsche and Audi also helped drive the group to its record result.

Volkswagen’s main global rival Toyota has yet to announce its full-year figures, but last month it said it expected sales of 10.09m vehicles for 2016 – which would put it in second place behind VW.

The VW group has set aside some €18bn ($19bn) to cover the fallout of the dieselgate scandal, but experts believe the final bill for the buy-backs, fixes and legal costs will be far higher. 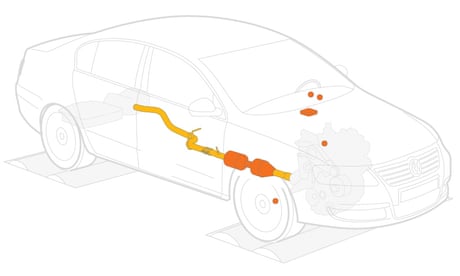 In the United States alone, the carmaker has already agreed to spend nearly $16bn to settle civil claims, including an agreement to provide compensation for nearly half a million owners of the affected cars.

The company is also reportedly nearing a $2bn settlement with US authorities to resolve a criminal probe.

Volkswagen faces a web of legal complaints in Europe as well, but it has so far resisted calls to offer compensation to drivers there.

As part of its post-dieselgate revamp, VW in November said it planned to sell one million electric cars per year by 2025.

It also announced it would be slashing 30,000 jobs by 2020, while ramping up investment in new technologies such as self-driving cars.